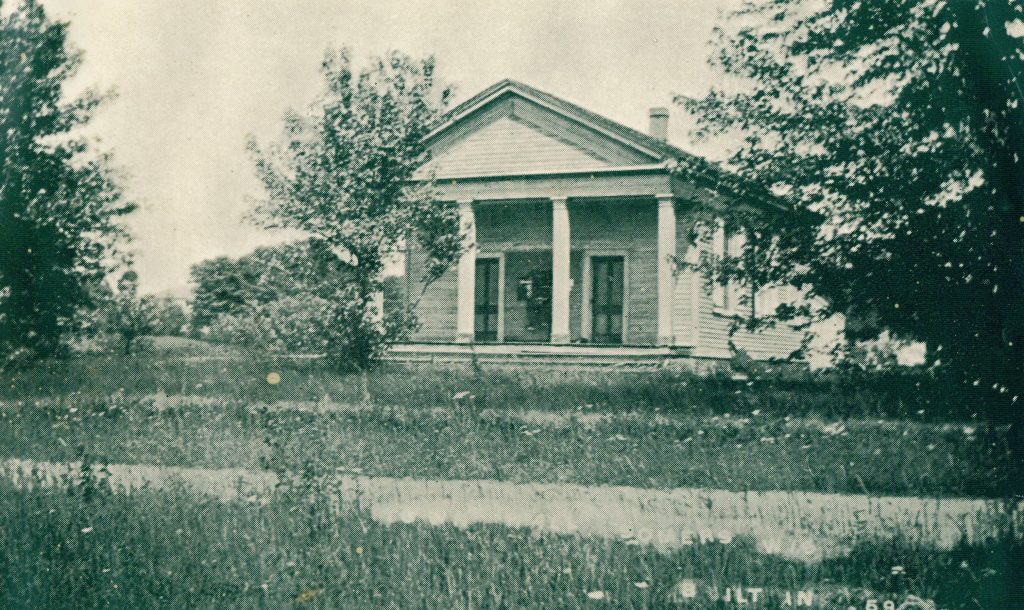 ~From the Journals of Ruth Teuscher~

“Before meetings were held in this Town Hall, the town of Somers was called the Town of Pike, and meetings were held in the home of Charles Leet. He had built his home in 1842 at the present day intersection of County Highway JR and Green Bay Road. His home was also used as an inn for travelers and a store. It was in the store that the town meetings took place for the first fifteen years once the Town of Pike in the county of Racine was granted by the legislature of the Territory of Wisconsin on April 15, 1843.”

It was in the minutes of the 1850 annual meeting and without explanation that the first mention of Kenosha County appears:  “… at an annual town meeting held at the house of Charles Leet in the town of Pike Kenosha County….”

The 1850 By- Laws of the Town of Pike were posted May 20th in the three most public places:

2)  Windmill ( a grist mill operated by Rev. James Ozanne … where all the farmers from miles around took their grain to be ground).

3) The Tree, that stood directly in the Public Highway (Green Bay Trail/Plank Road).

At the 1851 Annual Meeting,  held on April 1, Town of Pike becomes Town of Somers, as stated in minutes and without explanation.

In 1858, two months after the annual meeting, a special meeting took place on June 7 where the contract for building the Town Hall was awarded to Mr. Lucien Carpenter, the first postmaster of Somers – his bid being the lowest at $740.00.

The Somers Town Hall is built at the southeast corner of Green Bay Trail and present Hwy. E, just west of the Oakwood cemetery. The land was donated by William Smith.

The first Somers Town Hall meeting was held on a Tuesday, April 5, 1859 (and the first presidential election of Abraham Lincoln of 1860). On that Tuesday, the meeting was called to order at the Leet store for the last time. A motion was made to adjourn to meet at the new Town Hall. 196 people left the Leet store and streamed down the road a half mile southward some driving horses and buggies, some on horseback, and many on foot.

In 1967, The Town of Somers gave the Town Hall to Hawthorn Hollow and paid for moving it. Still on oak beams – 36-foot white oak beams hewn by hand – the Somers Town Hall was lifted off of its brick piers (bricks for the piers came from brickyards on North Main Street in Racine. These brick piers were a departure from the previous standard of fieldstone foundations) onto a large dolly and hauled 2.5 miles on a side road to the back entrance of Hawthorn Hollow and set on a new cement block foundation. After 108 years and this big moving job there was not one crack in the plaster, so perfectly had all the parts of the building been aligned. The building still has some of the original 1858 window panes.

In 2004, contributions are made in memory of Margaret Wilder Shaw for the continued maintenance and future restoration.